What We Do » Awards

In 1991, in conjunction with a generous gift from The Woman’s Board of Northwestern Memorial Hospital, an endowment was established for the annual Compassionate Care Awards in the Cancer Program. In 2014, in memory of former Woman’s Board President, Nora Cooney Marra, the awards were renamed. Awards are presented by the Director, Leonidas Platanias, MD, PhD, in each of the three following categories of members of the Robert H. Lurie Comprehensive Cancer Center – Central Region: (1) Attending Staff, (2) House Officers and Fellows, and (3) Nursing and Allied Health Professionals. The awardees in each category are nominated by members of the Cancer Center and are individuals who exemplify and serve as role models for the humanistic and compassionate care of cancer patients. In addition to a plaque recognizing their efforts, each recipient will also receive a $1,000 cash award, and their names will be listed on the plaque on the 21st floor of Galter Pavilion. 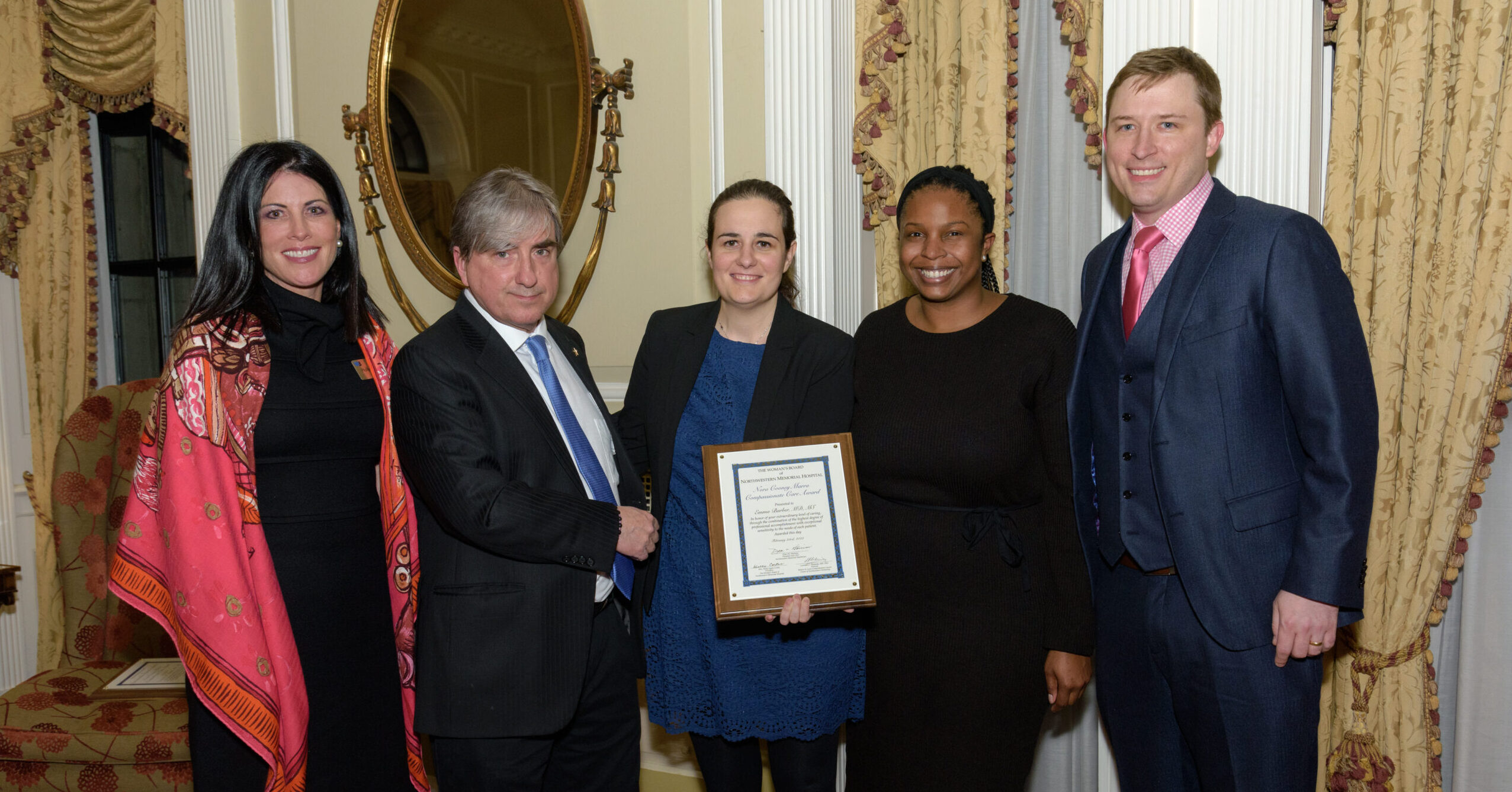 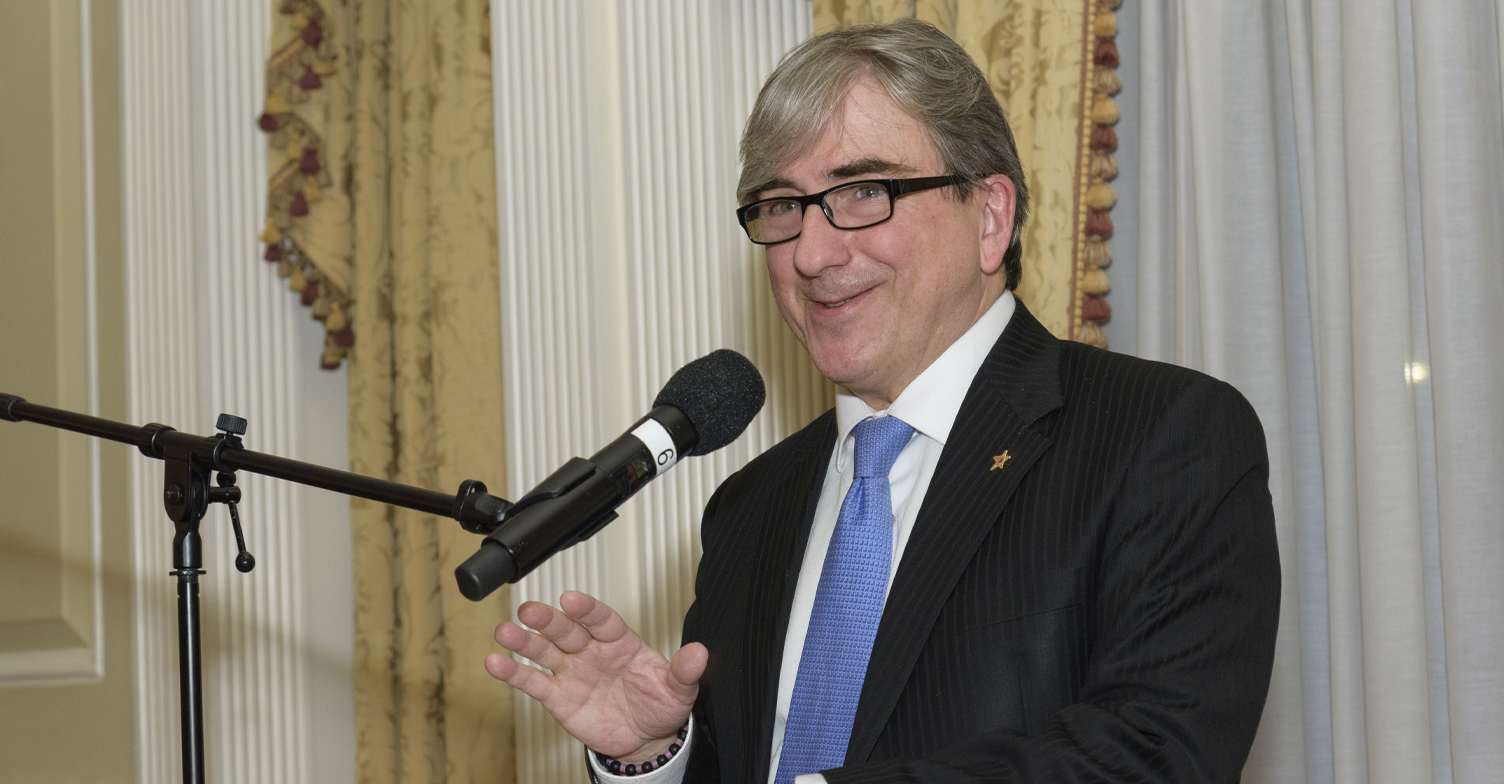 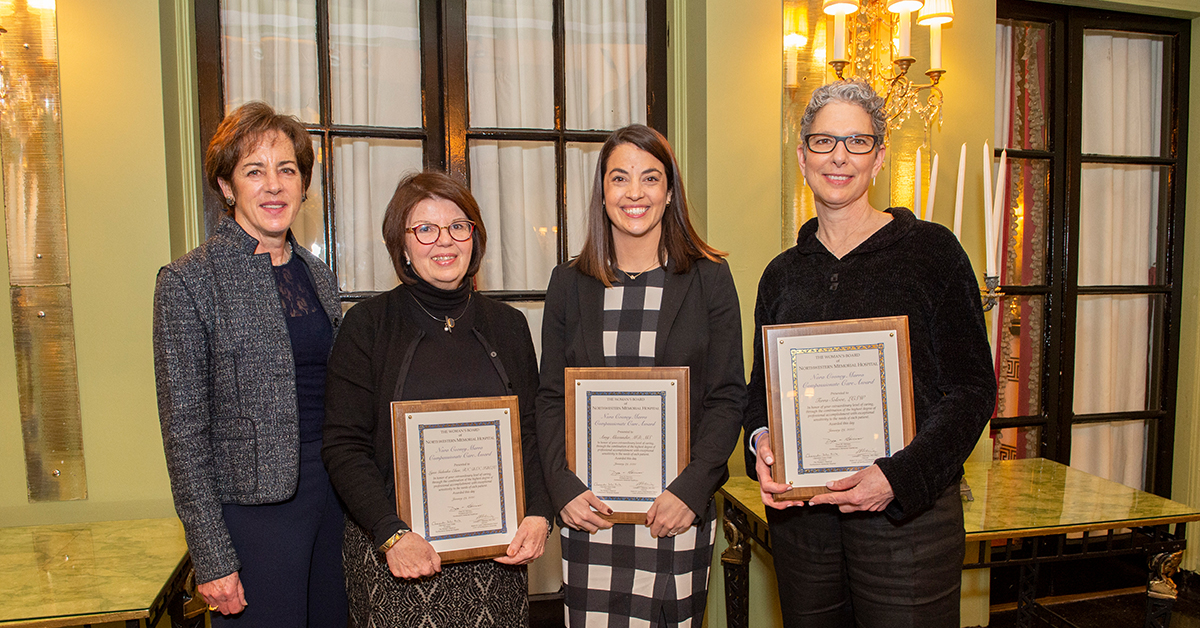 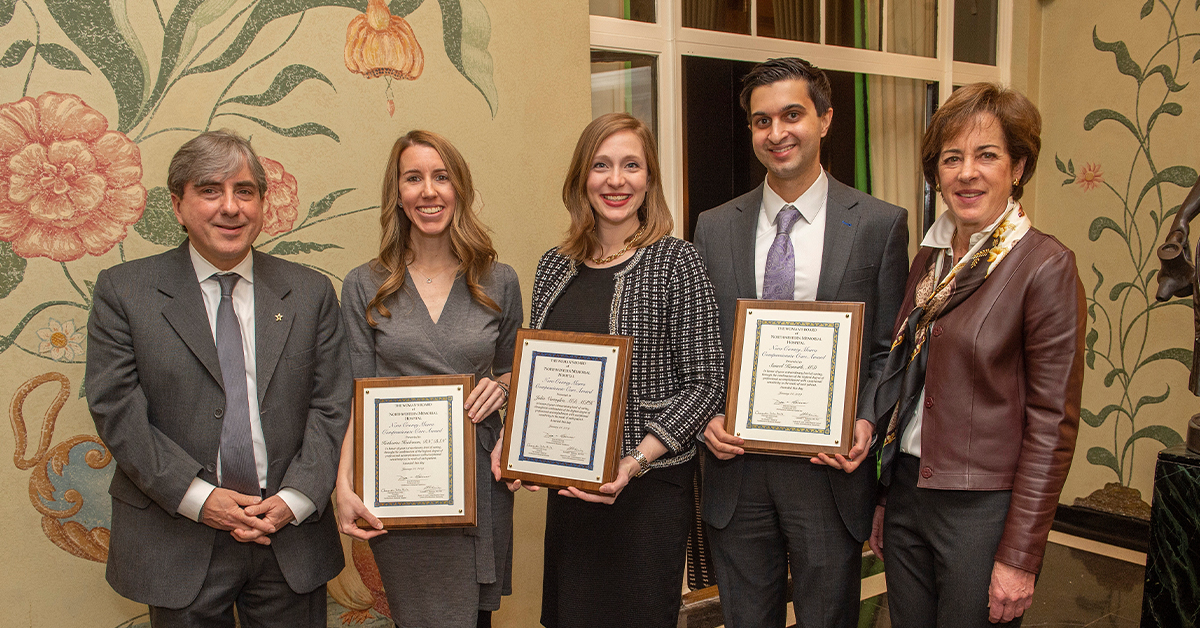